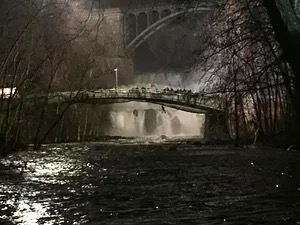 We never know what we are going to find ourselves doing here at CTR. We could be running boats in the Long Island sound, crawling through a deliberately collapsed house in Vermont or standing by to drag someone from a permit required confined space. Back in the spring however we got to take on a new job, one for which we had not been tasked with before, we stood by, ready to save Bacon!

Kevin Bacon and his friends (when I say friends, I mean the production company and staff) were filming a chase scene for the season finale of the TV show “The Following” in downstate New York. They had worked up an exciting stunt that involved a potential fall in the Croton River, and had nicely asked us if we could come play also. How could we say no to Kevin Bacon? 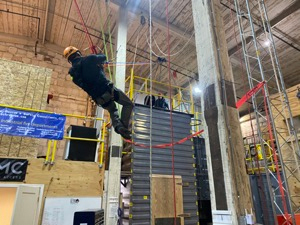 Over the years we’ve had the opportunity to train in some great facilities.  We’ve been given access to a kiln in a concrete plant, a pulp digester in a paper mill and a 60 ton gantry crane in a container port, just to name a few.  We’ve also struggled to find good training sites to ensure that the training would be realistic, informative and challenging. With those lessons learned we started making plans to build a training facility that we could host clients in that would provide a realistic and challenging environment. 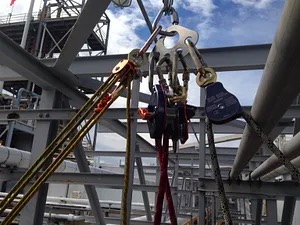 What's in Your Kit?

There are a lot of great products out there. There are a lot of inspired, very smart people out there that have this knack for design and function that, well to put it simply, can make our jobs easier and safer.  That being said, we need to cautious about buying in to every new piece of equipment on the market. 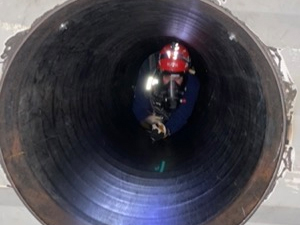 So today you’re riding the jump seat of Engine 6  and you take in a call for a “man down”, “no further info”. On arrival you see a utility truck parked next to a manhole with no one around. On further investigation you see two men slumped over at the bottom of the hole.  What do you do next?

‍
With an average of 67 deaths a year (1 every four days!) coming from confined spaces and almost 60% coming from would be rescuers, its clear that letting your guys dive into the hole is not the answer.

‍
So lets back up, what is a confined space? 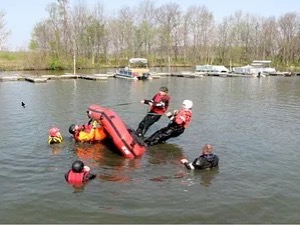 So you are paddling your IRB in some class 3 rapids and suddenly things go sideways, your boat flips. Thankfully the equipment is all secured safely to the craft per your Department’s SOPs. But now you find yourselves in a defensive position heading downstream clinging to an upturned craft. How will you right it?

‍
Ok, so this is not as dramatic as it all sounds, righting your craft can be done quickly and easily following a few simple steps