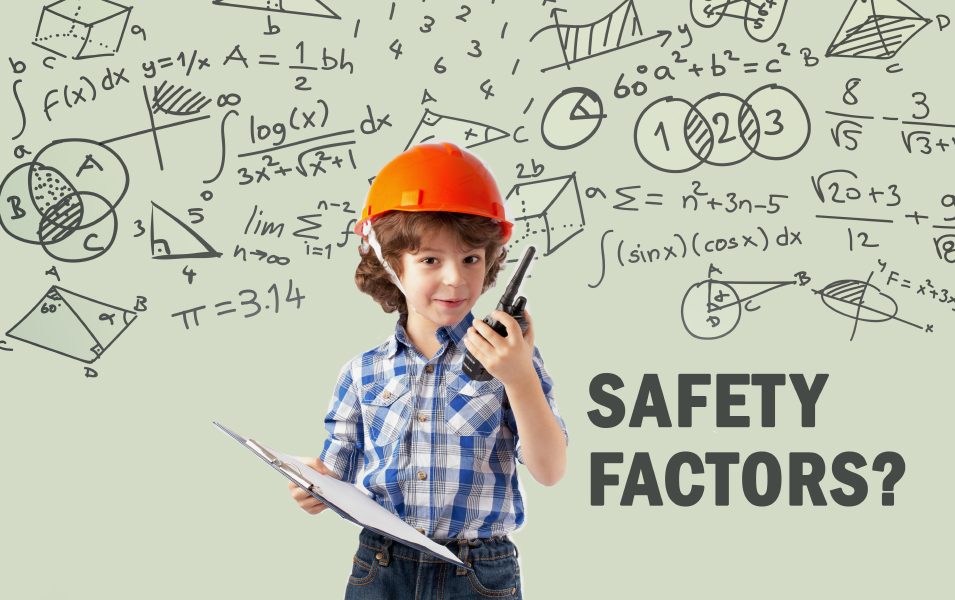 It is the responsibility of every Rope Rescue Operator and Technician to determine if the system they are utilizing is “safe”. There has long been the misnomer that our “Safety Factors” for rope rescue in the fire service were required to be 15:1. This is only anecdotally substantiated in the original version of NFPA 1983-1985 and should not be considered valid for our approach to rigging. A Safety Factor of 15:1 and even 10:1 is not possible to achieve nor do we want to carry the equipment that would be built for such a purpose. What is achievable is a Dynamic System Safety Factor of between 2:1 and 4:1. This is inline with all of our other disciplines and more in line with industrial standards for fall protection.

Organized rescue teams should be diligent in the equipment they acquire ensuring that it serves their mission needs. All equipment, hardware and software, should be tracked and inspected regularly and after each use. Follow guidance from both the manufacturer and NFPA 1858-2018 for the selection, care and maintenance of this equipment. The manufacturer Kong states in their literature that a connector should be retired if it saw a load greater than one-quarter of its MBS or the load it received when Proof Loaded.

The practice of hand tying prusiks should be eliminated completely. Sewn bound loop prusiks offer a level of safety that far exceeds the cost savings of making your own. Rated sewn terminations can be used as anchor straps with a degree of certainty that un-accounted for hand tied prusiks cannot. Sewn anchor slings should be used wherever possible for the same reasons. Understanding that rigging can vary from response to response, having some bulk webbing for this purpose is warranted as a back up. The availability and low cost of various length sewn webbing loops should be considered as well.

We are going to assume that the Maximum Anticipated Load will be 6kN, which should be thought of as an injury-producing amount of force. Our training will hopefully keep the actual forces to considerably less than 6kN but we will use this number to keep our figures conservative and safe by estimating a high worst-case scenario.

We will now determine the Dynamic Factor of Safety of rigging systems of commonly used equipment. To determine a Static Factor of Safety will only engender a false sense of security, as an Unplanned Dynamic Event (UDE) will always generate more force than a static load. All modern DCDs are designed to slip when put under load to absorb some of the energy from an UDE. Unfortunately the load at which these devices slip will not be as consistent as we would hope for. The construction and condition of the rope may not match the ropes used in the tests, the wear on the DCD and even atmospheric conditions will affect the friction and the reaction of the device to the event. Installing a Load Limiter is a safe and predictable option for any situation where a UDE is a concern. The PETZL ASAP requires the use of one at all times and the Yates Rescue Load Limiter can be installed in any system to limit the force from 6kN to 2kN if one is used or 4kN if 2 are ganged together. These load limiters do not rely on friction, which can vary considerably between component interfaces, making them more predictable.

Configuration #1 Used to lower an injured worker from the top of a water tower horizontally in a rated stokes basket.

In this configuration there is no need to de-rate any equipment other than the rope, as it is all being used properly. I put the stokes basket in there intentionally to point out that personal harnesses and patient packaging devices should not be included in the formula. These devices should only be seeing the weight of a single person and are not part of the system, they are hanging on the system. That leaves the rope as the component with the lowest MBS at 20kN after de-rating.

That’s a considerably safe Dynamic System Factor of Safety. By purchasing ropes with sewn terminations we can increase the strength of the rope from 50% to 85% but the DCD will keep our DSSF still under 4:1.

This may not make our system much stronger but it does remove some of the possibility that a knot was tied improperly and can increase the speed at which a system is installed and deployed at an emergency.

Configuration #2 Used to raise an injured hiker up a muddy hill vertically in a stokes basket.

In this configuration it’s obvious that the Petzl Basic has the lowest MBS of any of the other equipment, but how does it fit into the system and can it be affected by an UDE? No, it can’t. Because the hand ascender is only used while hauling it prevents the rope grab from seeing an impact load, which no rope grab should ever do. Even when loaded the Basic will only see 2/3 of the load. Estimating that at 2.6kN (600lbs) for a 2 person load keeps the Basic at a 1.9:1 SSSF and at no time is the load solely the responsibility of the Basic. The MPD has the main strand of the system captive the entire operation.

Many have been saying that the T rated gear isn’t safe, the difference in the DSSF from a tradition G Rated system to a T Rated system is minimal and the T Rated system is still at or above all the other disciplines that we train in. The lightweight gear is not for every team and strong consideration must be given to switching or purchasing gear of that type.

Configuration #3 A high school senior while attempting to hang the school flag from a communications tower, becomes spooked as he encounters a hawk protecting its nest and freezes while climbing the tower.

Rescue team arrives and sets up for a mirrored skate block. Lets de-rate our gear as needed. The rope will keep 85% of its strength because of the sewn termination and no other knots are needed for the operation, 32kN becomes 27kN. All the anchor straps are being used in a basket configuration so 22kN now doubles to 44kN leaving the DCD with the lowest MBS at 22kN.

There are a couple of G Rated 11mm ropes currently on the market but it won’t drastically change your DSSF with either sewn terminations or knots. (3.6:1 sewn as the DCD will have the lowest MBS or 3.3:1 using knots). 11mm rope with knots will produce the lowest DSSF with 32kN de-rated to 16kN for the knots, 16kN / 6kN = 2.6:1 DSSF.

With all the examples provided you can see that even when anticipating a rather large impact and worst case scenario our gear, when used properly, is incredibly strong. This statement is supported by we don’t read about equipment failures in our industry. We read of mistakes made by people when they don’t have the proper training, the needed practice with the skills to do the job or all too often fatigue and stress has played a role in the accident.