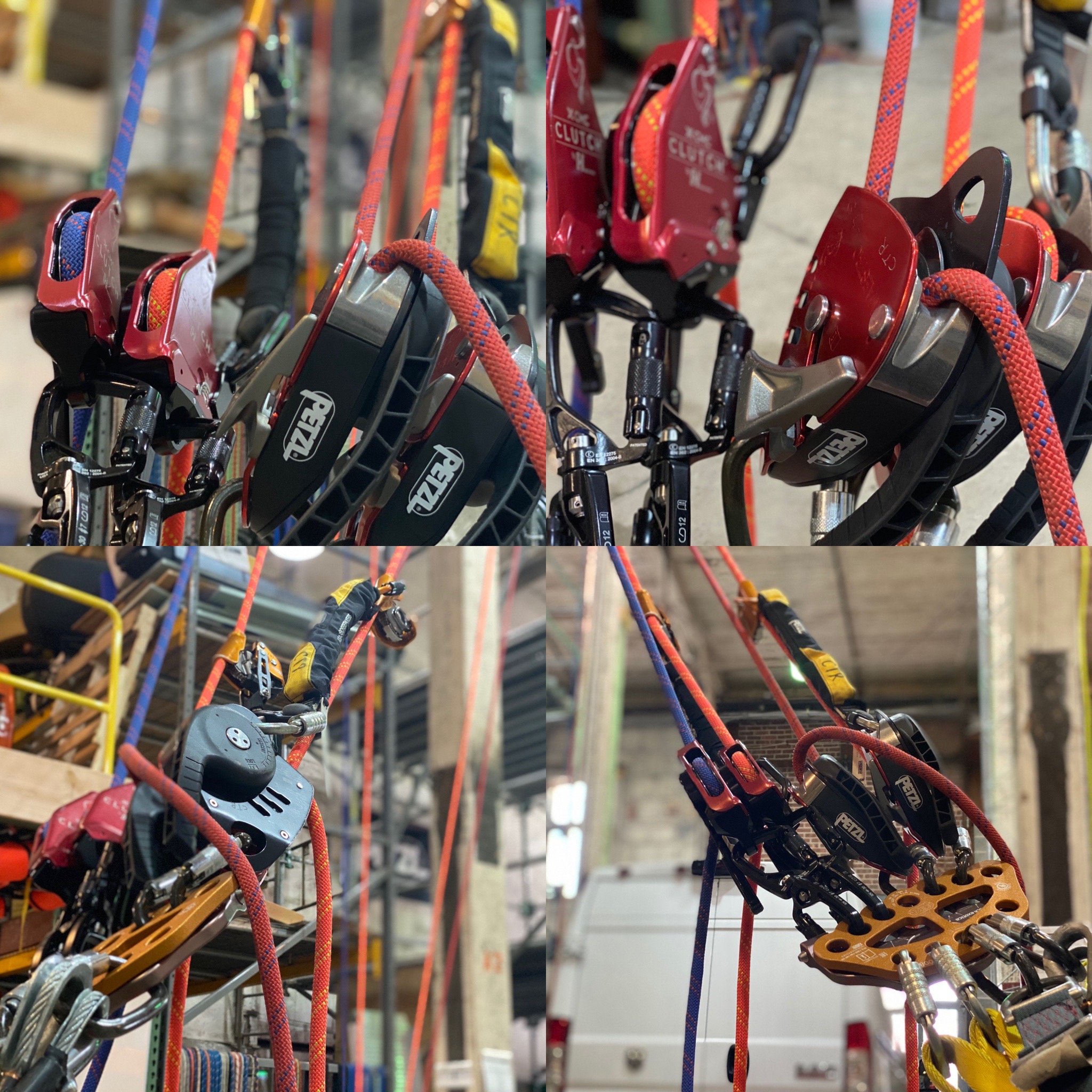 The new website has officially launched, however that was not at all an April Fools joke. Our Facebook and Instagram post of the "Tandem Twin Tension Rope System - TTTRS" absolutely was a joke, and we managed to hook a few big fish on that one! Honestly we are still laughing about it.

The basis of the joke is the age old battle of TTRS - Twin Tension Rope Systems versus a slack belay system. Certainly each has its place and in the past few years it seems like many people have been pushing the TTRS only systems. While we at Capital Technical Rescue and Safety Consultants do not utilize the TTRS systems all the time, there are many times where we do opt to use them - especially as a single operator using either Petzl Maestros or the Harken/CMC Clutch.

One of the main reasons why don't often select a TTRS system is because we typically work in and around confined spaces, using tripods and utilizing equipment such as the Harken LokHead or Skyhook Capstan rope winches. Certainly there are times we may even used a standard pre-rigged 4:1 system such as the CMC CSR2 pulley system. Other single main line options we rig are more advanced systems such as split 4:1s or a batwing (tripod reeve). When we utilize any of these systems, we don't have the option of a TTRS system, and either require a slack belay or to utilize a mobile fall arrester, such as the Petzl ASAP.

There has been a lot of discussion throughout the rescue and rope access industry on the importance of redundancy, and some of it has begun to spiral out of control. From the days of the thought process that a double loop figure 8 must be used for a two person load, to the potential for double anchor plates it seems that so many rescuers and instructors have migrated towards a one is none and two is one type of mentality, sometimes further complicating systems. We prefer simple, clean, safe and efficient rigging.

Twin Tension Rope Systems fall into that simple, clean, safe and efficient rigging that we like, especially when setup as a single operator to perform things like ground based lowers and skate blocks. We often teach TTRS in this manner, and have used it very successfully in the field. Honestly this is nothing really new, we used to do the same with twin racks many years ago, but it was not really possible to operate as a single operator. Some newer devices really pushed this technique because they were not great belay devices and sometimes were not optimum to operate as a TTRS with dual operators.

So with that background in my mind, we decided to poke some fun at the Twin Tension Rope System folks and those who want to complicate or add in extra redundancy. It honestly was a lot of fun trying to rig it all up together and stage it all to make it work. One of the comments we got was that we had about $3,000 worth of descenders and ASAPs, not even looking at the other equipment! Several very smart people that we respect managed to fall into our trap, and a few of them owned up to thinking we were serious! The idea was simple - take a Twin Tension Rope System and just double up that and so the Tandem Twin Tension Rope System (TTTRS) was born.

What made up the whole TTTRS system??

Regardless if you want to learn the latest operations using Twin Tension Rope Systems or a Single Tension rope system such as a Capstan based system, Capital Technical Rescue can help you figure out your needs and provide you with initial to advanced rope rescue training on them. Check out some of our clinics and available courses here on the new website.

To see what courses are now available for open enrollment, click here.